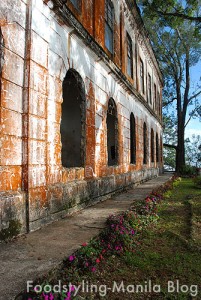 In line with our Halloween spookfest, what better way to scare ourselves than to go on a visit to the ultimate creepy place: Diplomat Hotel. Though this place is truly beautiful, VERY rich in history…is coupled with a ton of ghost stories. We were hopefuls taking pictures everywhere hoping to catch something on cam…or not. 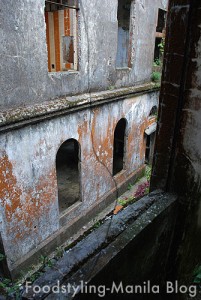 It used to be a seminary and vacation house until the Japanese occupied it. It was during this time that apparently a lot of priests and nuns were beheaded here thus explaining the sightings of some headless apparitions in the building….we didn’t really see anything, but I haven’t done a thorough search in my files just yet…I think I’d be too chicken anyway if I captured anything. 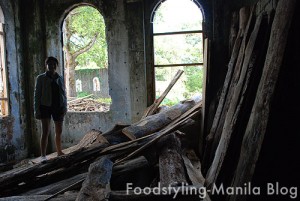 I was able to find a short history on the place according to the Baguio History site called cityofpines.com

“The Dominican Order in the Philippines decided in May 1911 to construct a vacation house on top of what was later called the Dominican Hill. It was a 17-hectare property the Dominicans acquired from the previous American owners. Construction work was believed to have started in 1913 under Fr. Roque Ruano and the building was inaugurated about two years later on May 23, 1915. To take advantage of tax exemptions, a school called Collegio del Santissimo Rosario was opened in June 1915 but due to the very small enrollment, the school closed two years later and the building was reverted back to the original plan of setting up a vacation house. 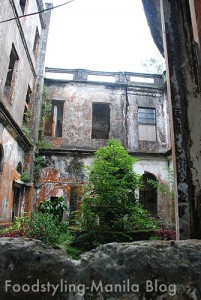 During the 2nd World War, Dominican Hill was occupied by refugees fleeing from the Japanese Army Liberation Forces. Later the Japanese forces bombed the refugees out which resulted in extensive damages to the main structure and the surrounding area. Reconstruction work started in 1947 and was completed in about a year. 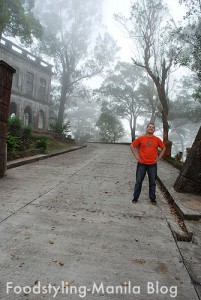 Diplomat Hotels, Inc. acquired ownership of the property in 1973 and remodeled thoroughly the interior into a 33-bedroom hotel but still retaining the unique and distinct personality which was earlier established by the Dominican friars. Even the large white cross on top of the building was retained. The hotel was managed by Tony Agpaoa, a Baguio-based entrepreneur and faith healer whose guests were mostly his patients from Europe. Diplomat Hotel ceased operations with the death of Agpaoa of a heart attack in 1987 and has since been closed to the public. 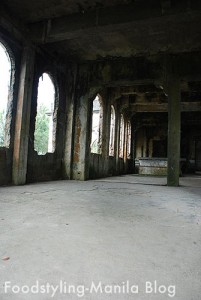 Dominican Hill has since been declared off limits to visitors. Local residents say that Dominican Hill is now a haunted place. The building is falling apart and is in a very dilapidated state. The railings and the guard house are about to collapse. The grounds have not been maintained that tall grass and weeds are all over the place. Some people who live nearby claim that at times they could hear the banging of doors, windows, clattering of dishes, and voices of people screaming in the middle of the night. There are also instances when the place is so quiet that not a single sound is heard the whole night.

Perhaps this eerie phenomena could be attributed to the ghosts of its former owner and the different terminal patients who came to the place for hopes of being healed and have since already died. Some also say that Dominican Hill is haunted by the ghost of the people who were killed there during the war.” (Source: http://www.cityofpines.com/dominicanhill.html) 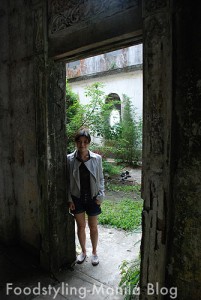 Moods somewhat lightened from last year since they built a little chapel beside the ruins. It was also funny because we saw a lot of dogs being walked and funny looking dogs ON VACATION in this place. Still, I couldn’t help but have my hairs stand up after walking through the halls. 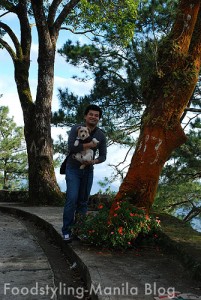 We also went to the garden this year and found an underground area that can’t be accessed properly. It’s a place that is great for walks…the building is beautiful but the air is really thin. 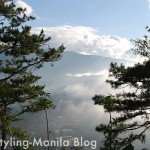 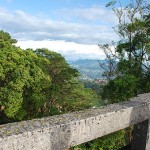 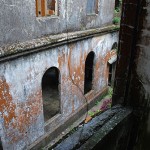 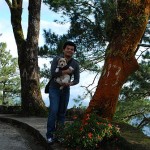 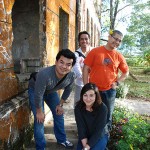 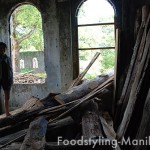 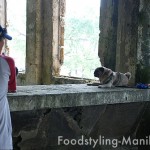 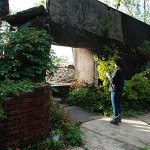 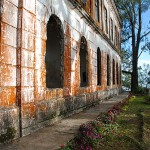 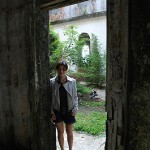 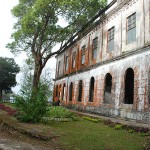 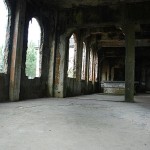 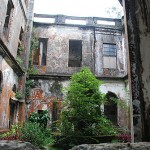 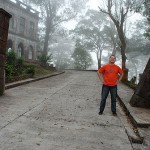