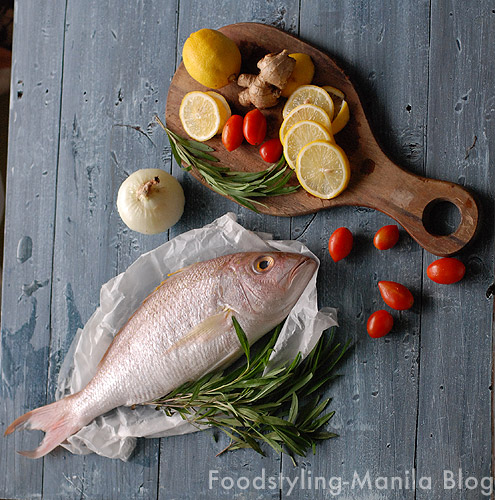 I was able to salvage a fish that was immersed in ice for a shoot. So I was watching a World Cafe Asia marathon with a beer in hand, I decided that it was a good day to cook it. 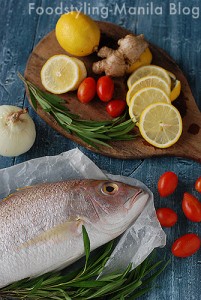 So the fish was scaled, gutted, stuffed with thin lemon slices, tarragon, tomatoes and doused with some fish sauce. Topped with some ginger and more lemons.. salted and steamed in a wok. 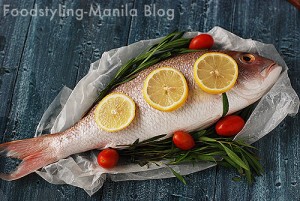 A good rule is basically 8 minutes per inch thickness of the fish. But the best way to really test is that if when you poke the fish with a fork, there is no resistance, then it’s done. 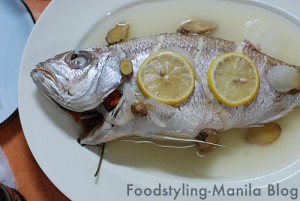 There’s nothing like overcooking a fish to completely ruin it’s texture and flavor. How do you know if you’ve overcooked a fish that was steamed? That’s when the flesh dries up and all the oils have gone out and you’re left with this dry and separated flesh that is just sad. 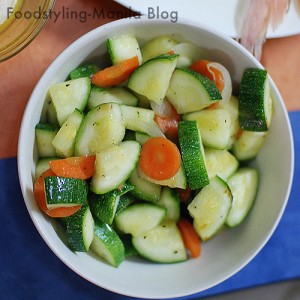 The sad side of my steaming story is that I got so caught up with Bobby Chinn’s show over a bottle of beer that I forgot all about the raging steamer on the stove. Yes guys, there are days like this… I should’ve put my timer on had I known that I’d be glued to the telly watching Bobby cook on the rice paddies in Hanoi. Ah well…we would’ve very well made something else with the fish, but I was too darn hungry (and at this point, a bit tipsy) to really give a hoot. I got pretty good photos though! 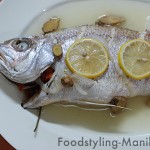 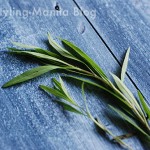 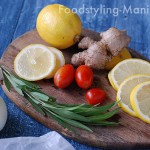 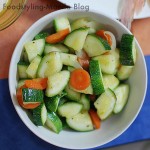 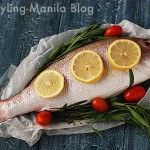 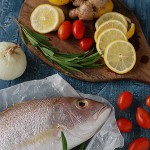 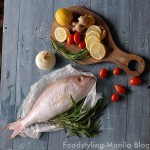