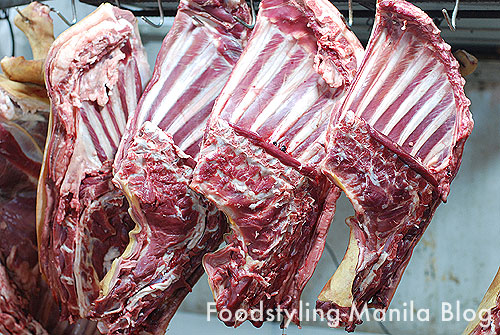 I’ve been dreaming of making my own papaitan for a long time now…I was in for a smelly treat. 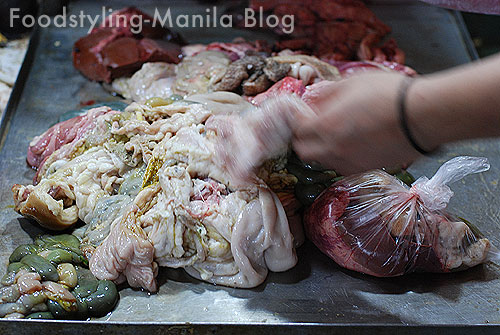 I went to Farmer’s market to get my fresh offals for the dish. Papaitan has a root word that means “bitter” (pait). Basically what really gives the bitterness is the bile that is mixed into the soup. I’ve eaten all kinds of papaitan, the usual is cow and goat. Today I was going to make it out of goat…what I should’ve done was consult a recipe…instead, I decided to play it by ear. 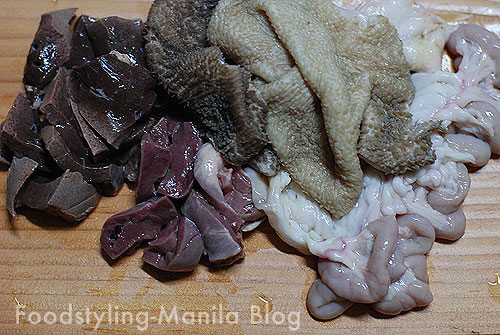 I bought a “papaitan mix” from the people who were selling fresh goat in the market. Basically this mix was composed of heart, spleen, intestine, tripe and a small bag of goat bile to give the bitter taste.

I first washed all the organ meats and boiled them in a solution of water, ginger and vinegar. It was pretty smelly…the worst was the green tripe, which i had to scrub with my hands to get the undigested green stuff out. I did this about 4 times, with each time, I threw out the water, washed the organs under cold running water and boiled them again. 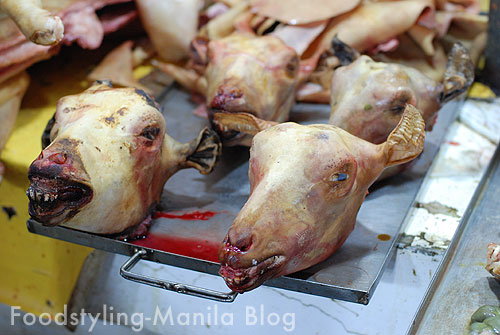 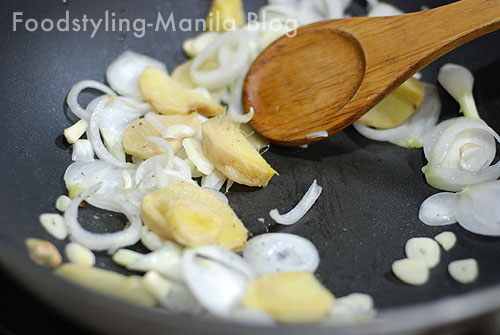 I added some broth granules, salt, fish sauce and water and mixed everything and let it boil for another 20-30 minutes. I’m not sure if what I did was correct but so far the taste was pretty decent.

I had a horrible funky smell on my hand for the rest of the day…I wish I could’ve worn some gloves! I would share a better recipe if I get a hold of it. 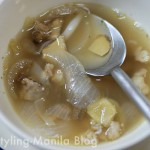 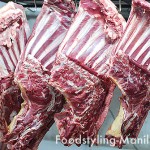 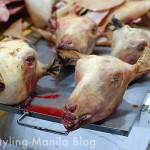 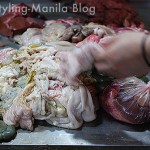 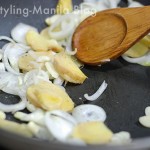 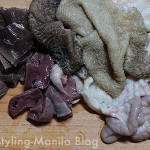 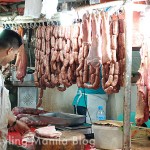