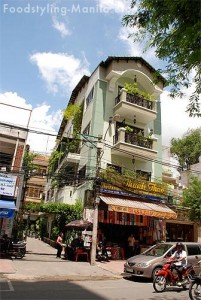 I’ve been stuck at home trying to recover the past several days and I’ve only gotten to get myself out of bed today. While I’m on a diet of hydro-aid and whatever I feel like eating, I want to take time off and write about my recent trip to Ho Chi Minh City, Vietnam 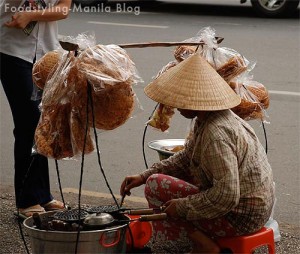 My dad, my brother and I left Manila on a whim to go on a food trippin’ weekend in Ho Chi Minh City. It was our first time in Vietnam together so I was pretty excited, we’ve been travelling to Thailand for so long that the place and food seemed to have gotten so familiar. Time for something new! 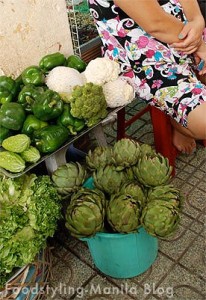 Being occupied by the French in the mid-19th to the mid-20th century, remnants of the French culture still remain subtly, like in their architecture and their food (Vietnamese people have baguettes and waffles being sold in the streets).

But still, traditional Vietnamese Food like Pho (a mix of meat, vegetables and noodles in a clear soup) is everywhere, it’s in every corner in fact! If you’ve eaten Pho in Pho Hoa…then, I guess it seems like an okay Pho fix, but the traditional sauce of Pho doesn’t consist of hoisin…it is actually made out of a dark fermented bean, but since it’s not available here, hoisin is okay. And the choices of herbs aren’t as broad as the ones in Vietnam. Different restaurants have different herb and leaf mixes for their phos, aside from using just the mung bean, fresh basil and cilantro mix. 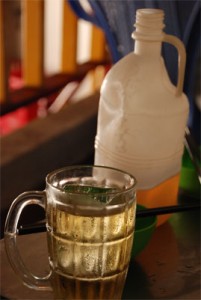 I find that most traditional Vietnamese food don’t seem too rich and fatty, spring rolls are in portions just right and are usually eaten wrapped in a medley of fresh vegetables and different kinds of fresh herbs. Of course, I ate all sorts of spring rolls, but my food finds were more of things you will never find in the Philippines heheh. 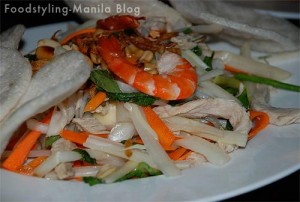 So for starters, one very memorable dish is the Lotus Rootlet Salad with Chicken and Shrimp and Shrimp Kropek. These small lotus rootlets are pickled to but are still very crispy. The various accompaniments, like the shrimp, chicken, carrots and spring onions, all provide a delightful array of tastes and textures that all come together with the sour and slightly sweet dressing (or maybe it’s the lotus’ pickling solution) mixed into the salad. Eating all those on top of the kropek gives the salad an interesting burst of crunch and stronger shrimp taste. This is a must-try when you’re in Vietnam! I’m so happy dad brought some bottled lotus’ home from Benh Tanh Market!

As I said, Vietnamese Food seems light, even their beer is light. Our tour guide (who turned out to be a major swindler) took us to a local beer house, which was open before lunch time (and people were drinking beer!). It’s amazing, how all the chairs were facing the highway and people would just drink and watch cars go by. Well, the beer was boring. We even went to a “microbrewery” and their dark beer totally disappointed me. I’d rather hit Beers Paradise and drink whatever…or sit down in at home with a SanMig Light. 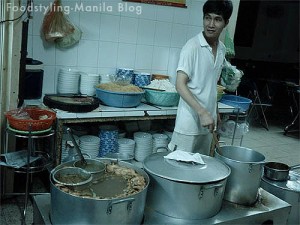 The Stinkiest Chicken Pho on Earth! But it’s good. I tried to snoop around on why their base soup stinks so much. The Pho is so simple, chicken, noodles, lots of spring onions and cilantro…but it’s the soup base that makes a difference. The base smells like simmered socks, I don’t know why it tastes so good. Haha! I’m not quite sure if he has a ham bone in there since i don’t really taste pork, or maybe there’s a petrified chicken under the vats. Whatever it is, it a must try for every adventurous eater. The place is right in front of the Tan Hoang Ngoc Hotel and seems to be open 24/7. 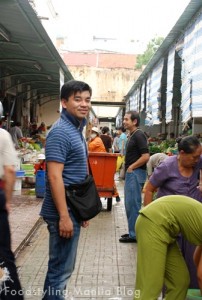 Don’t get the red ones, their newly picked. But the purple ones, are so juicy the juice literally splashes into your mouth when you bite into these mangosteens. I wonder why our mangosteens aren’t as refreshing? They’re very sweet and the balance to the sourness is just right. I wanted to smuggle these home had i known that there were no x-ray machines in the airport on our way home!!! 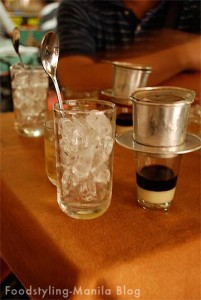 I’m not a coffee connoisseur, but i know what i like. For the first time, I’ve tried an iced coffee in it’s purest form…and it didn’t taste like Starbucks or whatever! Vietnamese Iced Coffee is everywhere in Vietnam but there are only 2 places where a lot of locals stay, and the more popular one is in Trung Nguyen Coffee. It comes in a special drip machine which is filled with the Trung Nguyen Coffee bean blend. The coffee, almost like an espresso, drips onto about a tablespoonful of condensed milk. After which you toss the shot glass’ contents into the iced glass and mix it with the long spoon. I tell ya, this blend is almost like dark chocolate! It’s smooth, with the strong kick of coffee and dark chocolate. The flavors are rounded out and there’s not much acid (if you like more acid, try the highland’s coffee company instead). 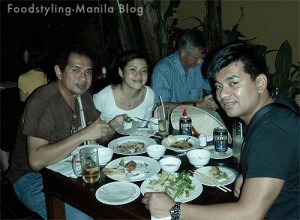 Ngon Restaurant. This place is a treasure trove! It’s an old house turned into a restaurant (much like Cafe Ysabel), with an open kitchens (little islands for different food stuff) where you can watch the food being prepared. It was full on a monday night, when most of the restaurants we passed didn’t have half as much people. With authentic Vietnamese cuisine, at the prices just a little higher than hawker food, Ngon attracts a lot of locals and foreigners alike. They have the lotus salad, all sorts of spring rolls and good pho.

Benh Tanh Market has all sorts of food stuff that can be taken home, it’s also the place where we shopped for a lot of cheap baking stuff like pans and molds. They have a lot of exotic stuff like shark’s fins, sea cucumber, different kinds of coffees, teas to lacquer and other oriental goods.

Even if I didn’t get to go shopping that much (hehe, their clothes weren’t so great), my Vietnam weekend was memorable. I have yet to write and entry about my all-exotic dinner there. 🙂