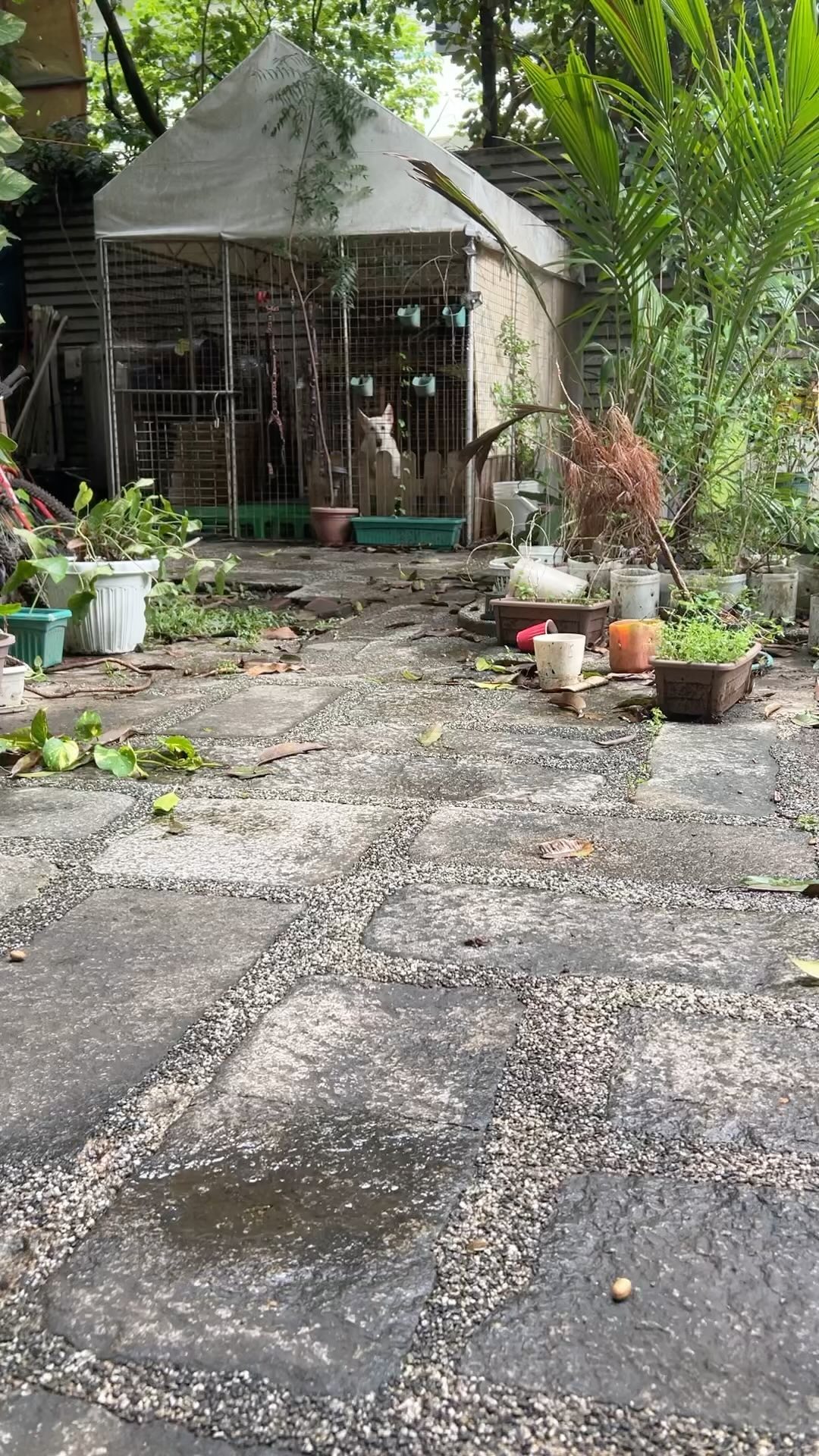 giannina_g
•
Follow
Life is slowing down for our foster girl W. She still has her curious spirit and she loves to see and smell different places! I honestly she was the one who opened the gate to her old house, she loves going out. ❤️ #wpkfosterpups #germanshepherd #gsd #dogwheelchair
View on Instagram |
1/9 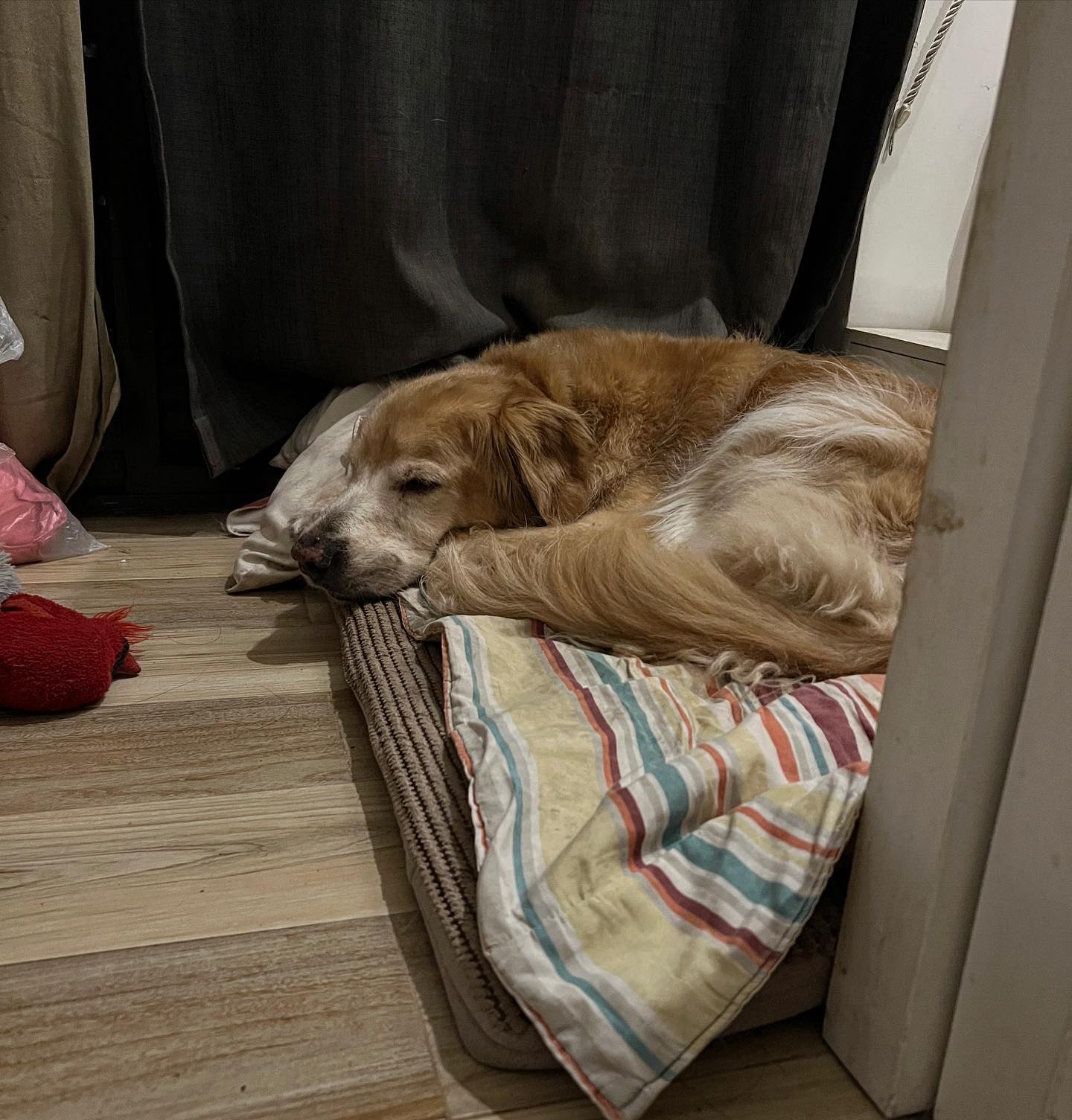 giannina_g
•
Follow
He tries so hard to stay awake with me while I study. I've got the worst insomnia so its not too hard for me to stay up until the morning...he loves his sleep but he tries. He's such a wonderful old boy. ❤️ #mrjackthegr #goldenretriever
View on Instagram |
2/9

giannina_g
•
Follow
Found him like this earlier. I think he misses sleeping beside me on the bed and he probably got scared of the rain this morning. He copies our cat by trying to hide behind the curtains when he gets scared. 🥺#mrjackthegr #goldenretriever
View on Instagram |
3/9

giannina_g
•
Follow
Our new work for Bonchon Philippines! 😍 Happy I got to work with them again ❤️ 🍤🍧🍹 #gianninafoodstylist #foodstylingmanila #foodstyling #foodstylist
View on Instagram |
5/9

I am a huge fan of chicken inasal, our very own bbq chicken. And so far, i have eaten a good number from different restaurants, but one place seems to haunt me every now and then. There is something addicting about their chicken, and sometimes, i can’t help but find myself thinking about whether i should drive all the way to the scouts area to get my share.

The place is called chicken parilla, it’s located in scout reyes corner scout gandia in quezon city. It looks like a typical “neighborhood” restaurant, where customers are pretty laid back, enjoying strictly post-work drinks or a family from the next street who have decided to walk over to the neighborhood grill place and eat. But what is so special about this place? There must be a pretty good secret marinade that they put in their inasal which makes me think about it at least once a week. they close at about 11:30, this place is still a family restaurant (in fact you can see the owners kids running around the area on a normal day)

The chicken, extremely tasty, with the upfront flavor of atsuete and a bit of a sour salty note is what people usually order here…what could be the best-seller of a place named chicken parilla? but they have other goodies to be discovered, if you brave their short menu.

paa. yes, i love the leg & thigh. the juciest parts of the chicken, this of course can not go without my calamansi, soy sauce, vinegar and chili on the side, but for those who want to really forget their names (and sadly their diets)…you must try this: order garlic rice and ask for the “chicken oil” which is conveniently found in most of the tables in the restaurant…douse your rice in the lovely oil until it turns orange and viola! you have something that can make you float…sometimes, i actually feel like i’m floating after an entire cup of rice with the oil. but it’s good. the nutty-ness of the oil just goes perfectly with the tasty chicken and the sauce i’ve made on the side.

baticolon. yes, for the aswangs and vampires at heart, this place serves one of the best. i’ve tasted a myriad of gizzards before but this place serves it perfectly…and i mean it. you won’t get the tough, burnt, “suwelas ng sapatos” texture here…but a nice, chewy, tender and tasty stick of my ever favorite innard…next to the heart of course.

kangkong in bagoong. this was surprisingly interesting…how many variations have you possibly tasted with this simple dish? but yes, sadly some people still manage to make horrid versions…but not chicken parilla. the kangkong has been cooked till tender, only a slight crunch is left at the end…but the way it was cooked with the fermented paste from iloilo kind of tastes nostalgic, even if my grandparents never used to make it. it just tastes like your grandmother made it especially for you.

kinilaw na taningue. i’m not such a big fan of this fish, but china and mig seem to go gaga over their kinilaw. i guess it’s pretty good, i just have a bias against the fish.

laswa. a log simmered vegetable dish. i tried this in mig’s and it was nice and slippery…almost slimey, but chicken parilla’s version is a little watery, but still tasty. i guess they already became democratic because originally, the dish becomes real slimy if it was made the way it should be.

anyway so far, that’s al i’ve tried, this place rocks. i think about the chicken rice & baticolon atleast once a week. i’ve eaten in several other “original bacolod chicken” places and so far, nothing has come close to this one…maybe i should get to go to bacolod to try the real thing.