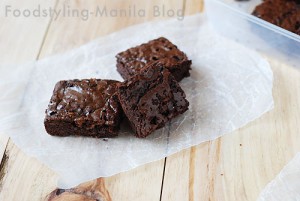 I just had to do it. There was this one night I stayed over at Cafe drinking with our chefs as Mark, our restaurant chef, shared with me, his passion for bacon. And who doesn’t like bacon? 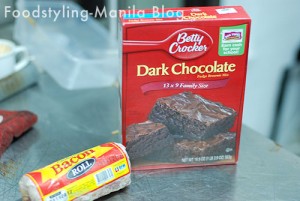 I’ve been itching to do this for a few months now, and since someone already sparked that idea to finally do it, I went into the grocery one day, bought myself a box of Betty Cocker’s and a roll of bacon. I didn’t want to do things from scratch anymore…I simply just wanted to do it!

A box of your fave Brownie Mix

vegetable oil, eggs and water according to the brownie mix instructions 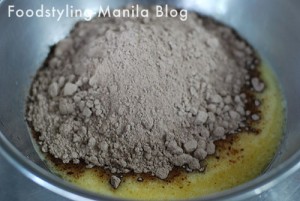 1) Render the bacon fat by shallow boiling the bacon in a bit of water until all the water evaporates, add a bit of oil and let the bacon crisp up. 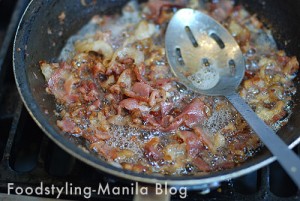 2) Strain the oil from the bacon, and set aside the bits and the oil. 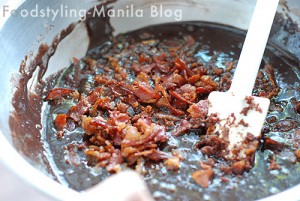 3) Prepare the ingredients according to the package instructions…EXCEPT, instead of using 100% vegetable oil, use about 3/4 or half, and fill the remaining with your rendered bacon fat (the oil from the bacon!)

4) Prepare the brownies according to the instructions, then when the mix is uniform, fold in the bacon bits and bake till done! 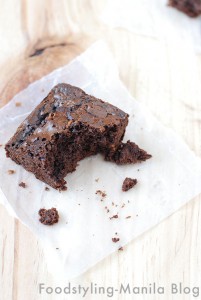 5) Let the brownies cool and enjoy!

This recipe is super easy and seems to really be a big hit with the guys…or any bacon fanatic out there. I love sweet and savory and this is the perfect exercise to have just that! 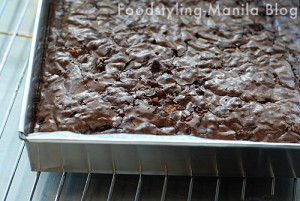 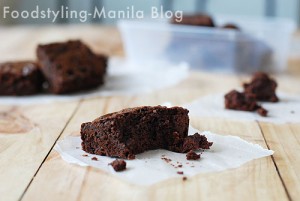